You are here: Home / Chalisa in English / Durga Chalisa Lyrics in English

Durga (in Sanskrit: “the Inaccessible”), in Hindu mythology, is one of the many forms of Shakti, often identified as Shiva’s wife. It is well known the battle in which she defeated the demon Mahishasura, in the form of a buffalo. According to the myth, Durga was created for this very purpose with the flames coming out of the mouths of Brahma, Vishnu, Shiva, and other minor gods. She was born already adult and beautiful, although to her enemies she presents herself with a terrible shape. She is depicted riding a lion or sometimes a tiger, with eight or ten arms each carrying one of the weapons the other gods gave to her for the battle against the buffalo-demon. The Durga-puja is one of the most important religious holidays held in Northern India, between September and October. A special image of the Divinity is worshiped with unique ceremonies for nine days, and then immersed after being carried in procession by the Brahmins followed by the population.

According to the Devi Mahatmyam story of Mārkaṇḍeya Purāṇa, Durga’s form was created as a warrior goddess to fight and destroy the demon Mahishasura. Thanks to intense prayers in Brahmā, Mahishasura had the grace that he could not be defeated by any man or celestial being. By reason of this power, he attacked the Deva who came to help the Trimurti (Brahmā, Viṣṇu and Śiva), but Mahishasur defeated all the gods including the Triad itself. He unleashed a reign of terror on earth, in heaven and in hell. Finally, since only one woman could have killed him, the gods and the triad created a dazzling ray of energy from which Durga was born. 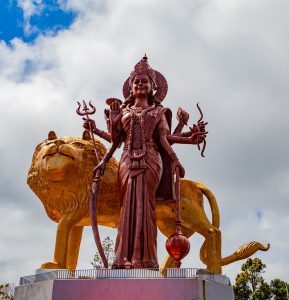 Her shape was of blinding beauty, with her face sculpted by Śiva, her bust by Indra, her breasts by Chandra (the Moon), her teeth by Brahma, her buttocks by Earth, her thighs and knees by Varuṇa (the wind), and her three eyes by Agni (the fire), her golden body and ten arms. Each god also gave her his most powerful weapon: Śiva the trident, Viṣṇu the disc, Indra the vajra from which the lightning bolt, etc.

The word Shakti, which means “strength”, reflects the goddess’ warrior aspect, embodying a traditionally male role. But she is also remarkably beautiful and initially Mahishasur tried to marry her. In her other incarnations, like Annapurna or Parvati, she appears more maternal, and like Karunamayi (karuna, “kindness”) she looks sweeter.

There are ten different forms of this goddess representing ten of her exploits, among which the long war against the Asura stands out.

The day of the killing of Mahishasura by Durga is celebrated as Vijaya Dashami (in Eastern and Southern India), Dashain (Nepal) or Dussehra (Northern India): all these terms mean “tenth day”. In Kashmir it is worshiped as shaarika (the main temple is located in Hari Parbat, Srinagar). The real worship period, however, can take place during the nine days before Navaratri (Northern India) or the five days (Bengal and Orissa).

Below is the complete Durga Chalisa in English 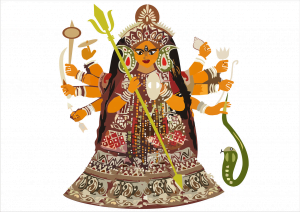 The radiance of your light is limitless and pervading and all the three realms (Earth, Heaven and the Nether World) are enlightened by thee.

Your Visage is like the moon and your mouth very huge. Your eyes are bedight with a red glow with the frightening frown.

O Mother! Your view is enchanting, the very sight of which ensures welfare of the devout.

All the powers of the world repose in thee and it is you who provide food and money for the world’s survival.

Like the feeding mother Annapurna you nurture the whole universe and you are the one who appear like the timeless Bala Sundari (young girl of extreme beauty).

At the time of Dissolution it is you, O Mother, who destroys everything. You are the beloved consort of Lord Shiva, Gauri (Parvathi)

Lord Shiva and all yogis always chant your praise, Brahma, Vishnu and all other Gods ever meditate on you.

You also appear in the form of Goddess Saraswati to grant wisdom to the sages and thus ensure their welfare.

O Mother Amba, it was you who appeared in the form of Narismha, sundering the pillar.

Thus, you saved Prahlaad and Hiranyakashyap also went to Heaven as he was killed by your hands.

In the form of Goddess Lakshmi, O Mother, you appear in this world and repose by the side of Shree-Narayan.

O Bhavani, the famous goddess of Hingalaja is no one else but you yourself. Illimitable is your glory, defying description.

You are yourself Matangi and Dhoomavati Mata. It is you who appear as Bhuvenshwari and Bagalamukhi Devi to bestow happiness to all.

It is you, who redeem the world, appearing in the form of Shree Bhairavi, Tradevi and Chhinamasta Devi, and end its sorrows.

Reposing Gracefully upon your vehicle of Lion. O Goddess Bhavani, you are welcomed by the brave Langur (Lord Hanuman).

When you appear in the form of Goddess Kali with a sword in one hand and a small cup in the other, even time flees in panic.

Beholding you well-armed, with a Trident in your hand, the enemy’s heart aches with the sting of fear.

You also repose in the form of the Devi at Nagarkot in Kangara.
Thus all the three realms shudder in the might of your glory.

When the earth was severtly distressed bearing the load of the sins of the arrogant Mahishasur.

You assumed the dreadful form of Goddess Kali and massacred him along with his army.

Thus whenever the noble saints were distressed, it is you O Mother, who came to their rescue.

All the realms including the Amarpuri (divine realm) remain sorrowless and happy by your grace, O Goddess!

It is the symbol of your glory that is burning brightly at Shree Jwala ji. All men and women ever worship you, O Mother!

He who sings your glory with devotion of love and sincerity remains beyond the reach of grief and poverty.

He who meditates upon your form with concentration goes beyond the cycle of births and deaths.

All the Yogis, Gods and Sages openly declare that without your favour one can’t establish communication with God.

Shankaracharya had performed once a special penance called Aacharaj and by the virtue of which he had subdued his anger and desire.

He ever worshipped Lord Shankar and never for a moment concentrated his mind on you.

Since he did not realise your immense glory, his all powers waned and the repented hitherto.

Then, O Primal Goddesses Jagdamba ji, you were propitiated and in no time you bestowed him with his lost powers.

O Mother! Severe affictions distress me and no one except Your Honoured Self can provide relief. Please end my afflictions.

Hopes and longings ever torture me. All sort of passions and lust torment my beart ever.

O Goddess Bhavani! I meditate only upon you Please kill my enemies O Queen!

O Merciful Mother! Show me your favour and make me feel happy by bestowing me with all sorts of riches and powers.

O Mother! May I be the receptacle of your grace as long as I live, ever recounting the feats of your glory to all.

This way he who ever sings this Durga Chalisa shall ever enjoy all sorts of pleasures and shall attain the highest state in the end.

Deeming ‘Devidas’ to have sought your shelter,
O Bhavani grant me your favour

You can also download Druga Chalisa in pdf or read the Hindi Durga Chalisa lyrics. 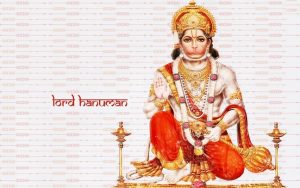 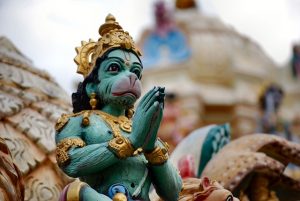 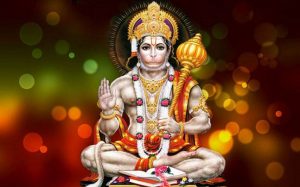 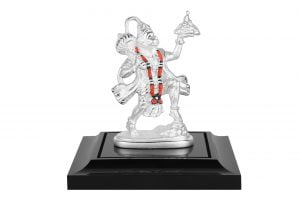 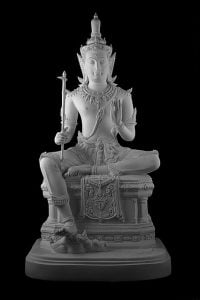